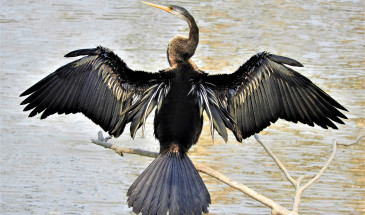 
Embark on this beautiful wildlife journey where you can witness the amazing diversity of wildlife present. More than 600 species of birds and many varieties of mammals such as tigers, elephants, rhinos, water buffaloes, deers live in these forests.

Start your journey against the backdrop of the Eastern Himalayas where lies a grass and jungle habitat of unparalleled beauty. The Manas forest extends on both sides of the river and presents one of earth’s most timeless vistas. A herd of elephants may silently make an appearance on the distant opposite bank, lending a touch of the ethereal to an earthly paradise. Little wonder why Manas was chosen by UNESCO to be a World Heritage site in 1988.  It also earned the status of Biosphere Reserve in 1989.

You continue your journey in the Nameri National Park which covers an area of 200 Km² bordering Arunachal Pradesh. It is also the core area of Nameri Tiger Reserve (344 Km²). The Jia-Bhoreli River and its tributaries namely the Diji, Dinai, Doigurung, Nameri, Dikorai, Khari… crisscross the park. During rainy season, a few jheels also dot the area.

Now proceed on the southern bank of the Brahmaputra River to explore Kaziranga National Park, a World Heritage Site and home to more than 75% of the world’s total population of the Great Indian One Horned Rhinoceros. It is also more than 450 species of birds.

Take a ferry to cross the mighty Brahmaputra River where you will discover Majuli. A hotbed of ancient Assamese culture, the island is home to numerous medieval monasteries where monks young and old learn a unique form of arts, music, drama, dance and Neo-Vaishnavite philosophy. The island is also home to other Assamese tribes such as Mishings, Deoris and Kacharis. Other than the monasteries, you can spend time visiting these villages by going on peaceful bicycle rides or walks across the serene countryside of the island. Good bird diversity can also be found in the island, especially in the winter months when migratory species reside. Your stay in the island will be in tribal styled cottages which will have basic amenities in tune with the local way of living.

You continue upstream along the Brahmaputra to reach Dibru-Saikhowa National Park. Located 12 Km away from Tinsukia, this park remains open most of the year. Spread across 650 km², it has the most distinct and vibrant wilderness on earth and is known for its pristine scenic beauty. With Brahmaputra River and Lohit River to its north and Dibru River to its south, the forest in this park ranges from semi-evergreen to deciduous to littoral to swampy marshes with patches of wet evergreen jungles where can be spotted more than 350 species of birds.

Last but not least, Namdapha National Park in Changlang district on the eastern tip of the state which was declared Tiger Reserve in 1983 by the government of India. Located close to Himalayan ranges, the stunning park that lies across various altitudes ranging between 200 and 4500 m elevates your spirits. The park covers a massive 2000 km² of land, containing more than 1000 species of plants, 650 species of birds, 350 butterflies and many smaller forms of life.

Welcome at Guwahati airport and drive to Manas National Park a UNESCO World Heritage Site and a tiger reserve. Evening you are free for leisure. Night in hotel/lodge/resort.

Full day Jeep Safari. Head to the India-Bhutan border where you can Picnic by the riverside. After having lunch, continue the exploration through the National Park. Evening come back to the hotel. Night in hotel/lodge/resort. Option: Rafting

This morning after breakfast transfer to Nameri National Park. Check in at your hotel. Nature walk to the river and back. Evening at leisure. Night in hotel/lodge/resort.

Today, go for some exciting activities: enjoy white river rafting, against the divine backdrop of lush forests and snow-capped mountains or try your hand at casting for the elusive and endangered golden mahseer fish, a denizen of the waters. This is part of an ecological campaign to save the mahseer - so part of the river is protected and the fish are caught and then released in a bid to stabilise their dwindling numbers. Night in hotel/lodge/camp. (For birdwatcher, possibility to extend to Eaglenest Wildlife Sanctuary for 3d/2n)

Early morning you can have a walk inside the park. Later after breakfast we gear up for a river rafting (if available) down the sparkling river Jia Bhoroli which forms a boundary to the park. Drive to Kaziranga National Park. Night in hotel/lodge/camp.

In this delightful day, you will embark on thrilling jeep safaris which will go deep inside the wilderness of the national park, through grasslands and teeming forests. There are four forest belts in Kaziranga, namely Agoratoli (eastern range) which is primarily dense forest, Kohora (central range) grasslands and home to majority of the rhinos, Bagori (western range) has mixed grasslands and forest and the offbeat Burapahar range which has a hilly forested terrain. Apart from the jeep safaris in the forest ranges and wildlife corridors, visitors can also enjoy a river safari at the confluence of Dhansiri and Brahmaputra rivers to spot the river dolphins, aquatic species, migratory wetland birds and also perhaps the tiger! Night in resort.

Early morning, go for another jeep safari (in option) to the central range of the park. After breakfast drive to Jorhat. Afternoon visit the villages nearby and Gibbon Wildlife Sanctuary. Night in hotel.

After breakfast, drive to Neematighat and take a boat cruise to Majuli (1 or 2 hrs upstream boat cruise - the time depends upon the water level of the river) - one of the largest inhabited river island in the world and famous for the Vaishnavite Satras or monasteries and its culture. Enroute there is a possibility of sighting flocks of migratory water birds and the Gangetic River Dolphin. Visit the monasteries and interface with tribes on the island. Night in bamboo hut.

Full day exploration of Majuli Island, a bird watchers’ paradise; it is home to nearly one hundred species of birds, including many rare and endangered species, such as the greater adjutant stork, pelican and the whistling teal. Night in traditional bamboo hut.

Morning take a ferry ride across Brahmaputra river to arrive at Nimatighat and drive down to Tinsukia. Night in hotel.

Early morning transfer to Dibru Saikhowa National Park (17 Km/30 min) for a full day exploration and birwatching inside the park. During the river crossing of the Brahmaputra by boat, we may see river ducks and birds. The Park has sandy, grassy banks where bird watching is normally done. Return to Tinsukia. Night in hotel.

Leave for Deban where Namdapha National Park starts. At the border, clear the formalities to enter Arunachal Pradesh. Night in Forest House or camp.

Full day at Namdapha National Park. One can overlook Noa Dihing River from the Deban Bungalow, go for jungle trek or visit nearby villages of the Lama and Chama tribes who live simple and healthy lives. Night in Bungalow/Lodge.

Drive to Dibrugarh. Visit of tea garden. Night in hotel.

Transfer to the airport. End of our services.