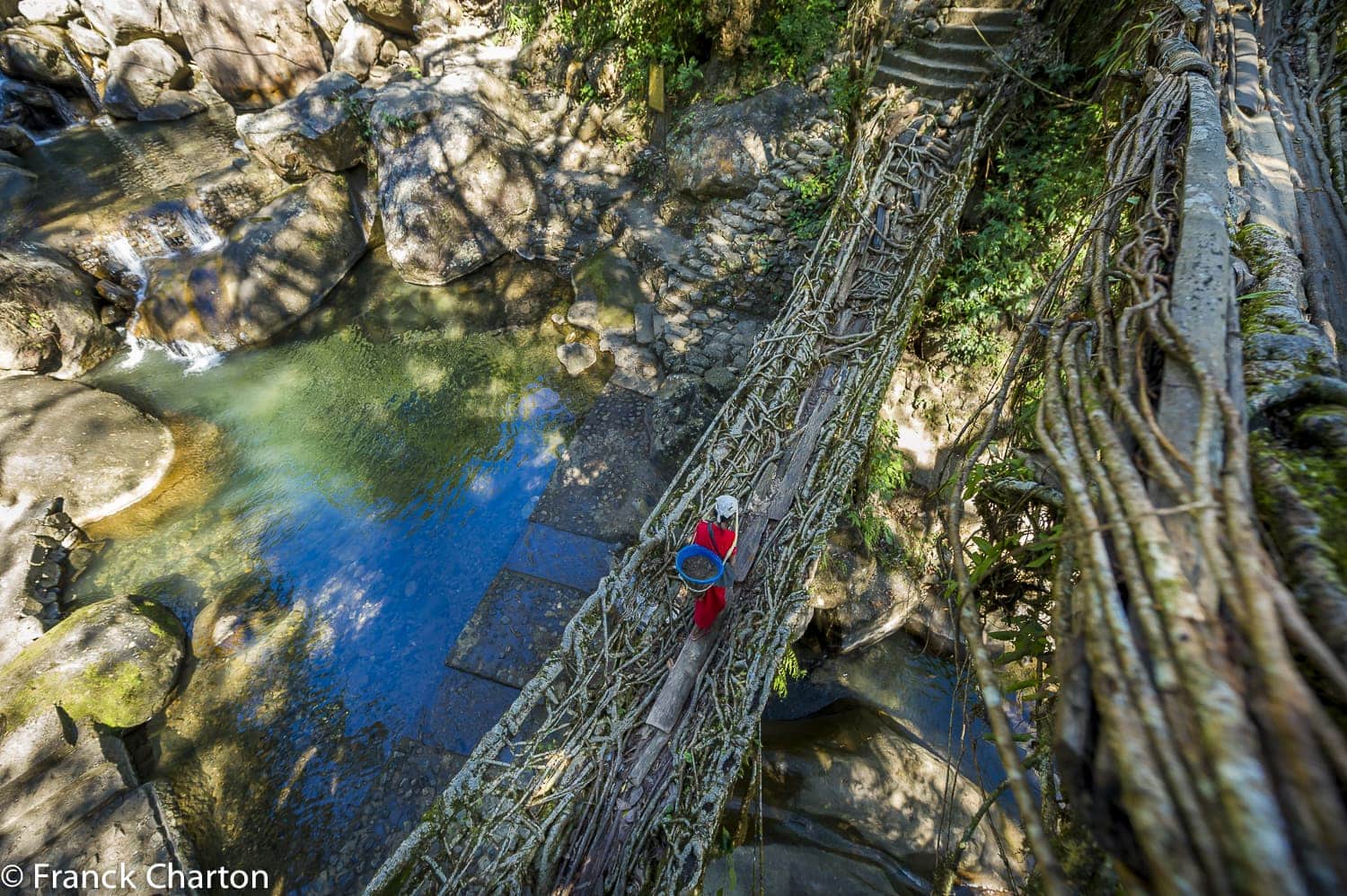 Meghalaya, swaddled amidst wraith-like mists, is aptly called the abode of the clouds. It is one of India’s prettiest and youngest states (the 21st), having split away from Assam in 1970.

Inhabited by the Khasis, Jaintia and Garos, it is best known for the pretty hill station Shillong, which has been Meghalaya’s First City for a long time. Christianity has been a compelling force amongst all three communities of the state. Meghalaya shares borderlines with Assam and Bangladesh.

Standing out amongst the other North East states, not just for its traditional natural beauty, Meghalaya is also known for its unique matrilineal society, which governs lineage and ancestral inheritance through the female line.

With British conquest, the Bengali community came in as administrators, the Nepalese served in the military and the Marwaris stepped in as traders. Christian missions were established among the Khasis and in the Garo Hills and Shillong which was to become an important educational centre, a summer resort and also a garrison station. It was not just the British who ended up enjoying the benefits of these developments.

For centuries now Meghalaya’s historical strengths have been irreversibly linked with its superlative natural setting. For the discerning holiday-maker, nothing could be more enticing…

Shillong, the capital, is a good tourist base. Umroi Airport (35 km) offers connections to Kolkata. There’s another nearby airport at Guwahati. Guwahati is also the nearest railhead. Shillong is connected by road to Guwahati, Darjeeling, Imphal, Kaziranga, Kohima and Kolkata.

Meghalaya is blessed with moderate but humid climate. The climate is directly influenced by the south west monsoon and the northeast winter winds as well as the elevation and distribution of physical relief. On this basis Meghalaya has four distinct seasons:

During March and April, the atmosphere gradually warms up with the advent of spring. From the middle of April the temperature starts rising to the maximum in the month of June and then decreases gradually. This period may be termed as the summer (monsoon) Season.

The maximum temperature recorded is 34 Celsius at Tura in West Garo Hills District and 28 Celsius at Shillong.
October and November are the two months when the climate is cool and temperate. After November, the winter season sets and continues upto the end of February. During these months the temperature comes down to as low as 2 Celsius in the Khasi Hills.

The Garo hills are relatively lower in elevation as compared to Khasi and Jaintia hills; as a result the Garo hills experience higher temperature conditions and humidity.

From October to April. The monsoon from May to September offers an exhilarating experience of getting drenched in the “wettest place on earth” – Cherrapunjee.

Discover here the many example itineraries in Meghalaya :